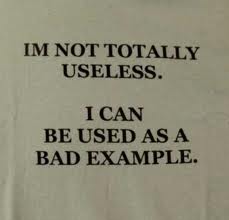 I have a confession to make (although if you know me, you may have figured this out before I did)- I totally suck at love. I’ve always pretty much stayed focused on the relationship disasters I am currently in, but this morning, as I was heating up my coffee, my entire love life suddenly flashed before my eyes, and I realized…man, I am just BAD at this.

I’m not saying everything that has gone wrong in every relationship has been my fault. Far from. But, my GOD, my picker is broken! You could line up a group of five equally handsome, charming men, four of whom were successful, emotionally healthy, kind, grown ups, and one (who looked no different than the rest, mind you) who was a womanizing parolee with a gambling problem. Now guess which one I would gravitate towards? Yes. Yes, it’s true.

So, as I was having this little realization in front of the microwave, I defensively thought “Wait, that’s not true! I had a very successful & happy relationship with Paul…” To which my next, ruthless and unkind thought was, “Uh, yeah, that would be true…if you hadn’t broken up. Duh” Oh, yeah. There is that. Shit.

Sigh. I don’t know what it is about me- if something made me this way, or if I am just genetically predisposed towards dysfunction, but from the very beginning, I have been drawn like a magnet to the wrong dudes. Ones I have had to convince I am wonderful, and they should like me. Ones who have liked me…almost as much as they liked their girlfriends. Addicts, liars, cheaters, con-men, criminals. Emotionally stunted. Socially challenged. Mean, selfish, unreliable, just bad. I have run the gamut, experienced the full spectrum of “bad”, and I can’t help but wonder…what the hell does that say about me?

I mean, clearly, birds of a feather, and all that…but really? I mean, yes, I have picked up some not-so-winning quirks along the way. I am, perhaps, a bit more observant (suspicious) than your average bear. I know it’s hard to believe this, considering the long and exhausting life of my current so-called relationship, but I have a history of being alone, or involving myself in cheap imitations of relationships that, while exciting, ultimately went nowhere. Actually, now that I think about it, almost all of my involvements with men have been off balance, with one of us 90% involved, the other 10. It varied, who was more invested, him or I, but I’ll tell you this- when I was the ten percent, things were short lived.

Maybe that’s why I’ve stayed as long as I have, this time around. This may be the first time both people involved have been equally willing to salvage things…of course, we take turns. Hardly ever have we BOTH wanted to save what we have at the same time. And then there is the whole “salvage” thing…I mean, doesn’t that imply that whatever it is, it is already broken, needing work, pretty much on its way to the dump? So, how many times do you pull something out of the dumpster thinking you can fix it before you finally think “This thing is a piece of crap- who MADE this? Forget it, I’m done with this thing…I’ll pick up another one later.” ?

I think I need to stop, and think about this a little. I feel like I am becoming less and less able to see how unhealthy things are, and picking up more damage along the way. I think I am losing faith that “normal”, happy partnerships exist anywhere. I see that there are a lot of things I should probably look at in myself before I even worry about being with another human being, but I don’t even know what to look for. Or if I want to ever expend the energy or take the risk of trusting someone new, down the road.  It’s exhausting, and I don’t trust my own judgement anymore.

I am GREAT at loving my children. I love my friends, my family, my life, really thoroughly, and well. I have even loved the men in my life fiercely, in a way they were totally undeserving of. But now, this is something else, something that does not make me think better of myself at all.  I have sucked at being in this relationship, and I suck, totally, at getting out of it.

I am considering faking my own death…well, I was, but now that I’ve told you, I guess that is out. Oh well. I’m sure I’m not the only one who’s ever  felt this way. I’m off to spend some time with someone who is way better at love than I am…my two year old! Have a fabulous day.

2 thoughts on “I Suck at Love”