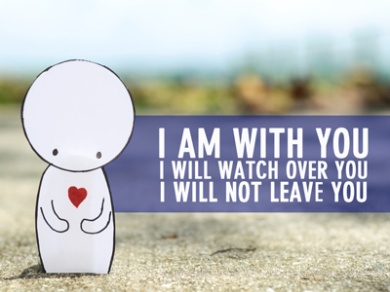 I am one of those people who is extremely uncomfortable when flying. There is something about being strapped into an extremely heavy object, in a relatively small space, thousands of feet above the planet where I belong, with NOTHING HOLDING ME UP. Something alarming. Thinking about this while in flight has resulted in some barely contained hysteria (not to mention several passengers around me drinking what seemed like an awful lot of wine), as I try to figure out how the mechanics of flight and the law of gravity could possibly come together peacefully! Luckily, I found a way to deal with it. By sheer force of my will alone, I have carried commercial flights half way across the United States. It is an awful lot of work, and I felt like I needed a serious massage by the time we touched down (Ah, sweet, sweet ground), AND, the armrests of my seat will forever bear the half moon scars of my finger nails…but I was able to pull it off.

I have employed this same fierce concentration while watching Ice skating in the winter olympics, but with much less success, and at traffic lights with hardly any success at all. And now, I have used it on my toddler. Not to break her will with my own, as you might assume. No, I don’t subscribe to that method of parenting (most of the time). This was far more serious…I stayed up the entire night listening to her breathe, cringing as she coughed and tried to clear her throat, using my amazing powers to keep her safe and alive, at least until morning.

I think I have had it with this illness. It was bad enough when I had it a few weeks ago, but it is far worse to watch your normally chipper, cheerful, happy, robust little girl reduced to a limp, hoarse, snorffling, feverish little waif, in a matter of mere days. Now my teenager seems to have yet another version of illness, previously unknown to this household. My resolve to be happy in spite of outside circumstances did not bargain for severely ill children. I’m sorry, my happy has fled the building. I mean, I’m happy that my babies are alive, happy that I can hear Cammy breathing relatively normally right this very second. I’m happy that all three times I lept out of bed and flipped the light on during the course of the night, Camryn wasn’t actually blue faced as I thought. That makes me happy, indeed.

I don’t like my inability to control my fear at all, though. I go from fine to the verge of a panic attack in nanoseconds, and most of the time, it’s in response to nothing more than my THOUGHTS. In other words, not an actual problem I am observing unfold, but an imaginary scenario that exists nowhere but between my ears.  I would like to learn to knock all that off, honestly. You know, I can, for a short period of time…until I forget, and Camryn coughs, or I begin to question my judgement about when, exactly, I should rush her to the hospital…and what if I’m too late?! What if I call 911 and they are all BUSY? What if I misunderstood the doctors directions, and my kid suffers permanent damage from my negligence?! Just writing it down, my heart begins to race. If only I could be calm, cool. collected instead of this hysteria prone, outburst having, raving harpy maniac I morph into. Even my best attempts to restrain or disguise my panic only result in that incredible tension that draws my shoulders up to my ears, cords to pop out in my neck, and anything I say shoot from my lips like poisonous darts or small but devastating bullets. Not to mention a definite forcefield of intensity three people deep all around me. The same forcefield,  I believe, that is strong enough to keep sky vehicles aloft. Or a very close relative.

It’s just that I love my kids SO much. I am so afraid of losing them that it actually nauseates me to consider. I remember when I held my oldest daughter for the first time, when I was just 22, and brimming with that special level of self absorbtion that only a very young, very ignorant girl can be full of. I was not prepared for the ramifications of actual, pure, REAL love in my life- I didn’t even know I didn’t know about it until I looked into that tiny face, and a pair of enormous, wise, brown eyes, fringed in long black lashes, looked back at me. I was like, “Uh-oh.”. I knew then, deep inside, that I was screwed. I now loved another human being enough to see myself and be displeased with things- things that had been totally no big deal a few months back. I now loved a person that wasn’t me, that I couldn’t control, that I didn’t even KNOW. And I was so right. I wasn’t her, I couldn’t control her (not in the ways that I wanted to), and I didn’t know her…not then. It only got worse when, 13 years later, I decided to try it all over again.

And so, I stayed up all night- all but maybe 45 minutes of fitful, jerky, dozing off, I prayed, I talked myself off of the ledge of panic a time or three. I felt my daughters feverish face, worried, watched cartoons that she likes, even though she was mostly asleep. I kept the age old vigil of mothers across time and the span of the world…all of us do it, at least once per child. I studied her face, I smoothed her curls back off her face. I lay my head gently on her chest, and listened to her breathe. I willed her to continue this habit for at least the next seventy years. There really is not sweeter sound, is there?