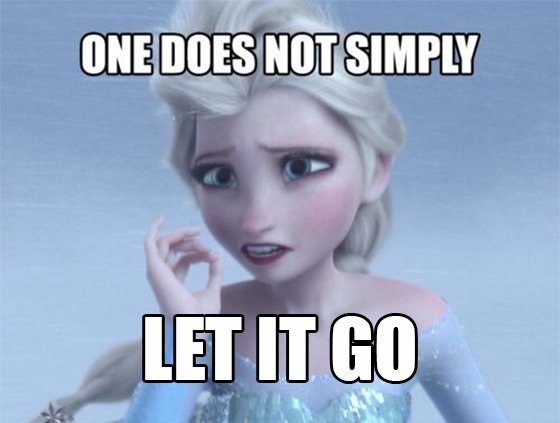 I’m a guilt hoarder. I just realized that this morning, and of course, as usual, I think it might be the root of all my problems- and maybe yours, too. What in the hell is a guilt hoarder, you might ask?

Well, it’s exactly what it sounds like- I hold onto guilt way past the time when I should probably let that shit go. I’m still feeling bad about things that happened ages and ages ago, and how does this serve me? How does it serve anyone, really? Short answer? It doesn’t. The guilt I haul around with me everywhere is soooo old, it’s as if it belongs to a totally different person (because, honestly, who the hell is the same person now that they were 10 or 20 years ago?), and it adds nothing of any value to my life. I think it’s time I let it go.

Here’s the thing- as I have discussed repeatedly throughout my posts, I started using drugs at a very young age. I really threw myself into that role, my friends. I was dedicated. That was my identity for such a long, long time. During those years, I did a lot of things I am not proud of. I hurt people that I loved dearly. I was a terrible friend. I said awful things, and treated people poorly, in general. Some of the things I did, I might not have done had I been older and wiser and had an ounce of empathy in me- But I wasn’t, and I didn’t, and that is all there is to it. I just did what I wanted to do, and never thought beyond that. Did I have remorse? Yeah, I did. But unfortunately, that didn’t keep me from repeating it all over again. I was incapable of seeing beyond the immediate, and that was how I lived.

That’s a lot of years of uncomfortable memories to walk around with. I’m sure there are people walking around in this very town who think some pretty unpleasant things about me. But guess what? The joke is on them, because they could never, ever, be as hard on me as I am on myself. Neener-neener. And I know more about the true scope of my behavior than anyone else ever could, so, again…in your face, mystery people who walk around hating me.

Oh, also? Those people probably don’t exist. There is no one sitting around talking about what a nightmare I was twenty years ago. This is all part of the elaborate torture-scape my brain has constructed over the years, just to mess with me. People move on. They have their own shit to deal with. They let go of things, eventually.

You know how I know this? Because people have done terrible things to me, too, and I swear to you that not one of them pops readily into my mind as an example. I could think of something if I tried hard enough, but why would I? It doesn’t matter anymore. My friends are still my friends, even when we don’t talk for years, and when I see certain people, I’m not mad at them. I’m happy to see them! I feel joyful about their successes in life, and marvel at the way things have changed for them. Sometimes, I feel a little bit worried that their lives haven’t changed that much, and I hope for better things for them. And honestly, the shitty things that happened? They seem kind of funny to me now. We were kids, and we were all doing the same shady shit, and that is all.

So why can’t I extend this same love and forgiveness to myself? Why can’t I look back at 25 year old me and think “God love her, she’s lucky she made it out alive!” or even “She just didn’t know what she was doing, that’s all- if she had known, she would have done better.”

An even better question would be, why can’t I look at 43 year old me and think “Wow. Look at what you have done with your life! You are not at all the person you used to be. What an amazing person you are!” Man, I wish I could say that to myself and really believe it.

I’m sure that drug addicts don’t own the rights to guilt- although we sure do give ourselves plenty of reasons to load up on it. I’m sure lots of people walk around with this weight on their shoulders.

What I really want to know is, how do I get rid of it? I deserve my own forgiveness, so how do I do it? Is there a workbook I can fill out, or a doctor I can see, is there some magical incantation I can say three times during the full moon while I sage myself? Because sign me up! I will do it.

Unfortunately, I think what I have to do is accept that I cannot change the past, and stop rehashing it. Stop unpacking it. Stop dragging it with me everywhere. Remember that I am no more the wild girl I was at 20 than I am the child I was at 10. Those were parts of my life, no more.

I have a lot to be proud of, and so many reasons to love who I am today. Living in the shadow of memories of the past is keeping me from growing the way I should. Today, I will work on accepting myself, forgiving myself, and loving who I am now.