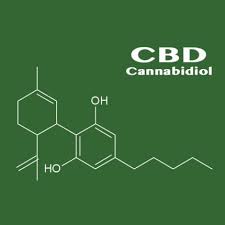 Okay, so here we go. In my last post, I told you how I was sick to death of struggling with my moods, and that I was going to see my therapist that day but that I was also going to try CBD, since everyone and their mother was talking about how great they are. Well, I did all of those things- I went to my therapist, I cried a lot, I told the truth, and she was eager to hook me up with someone to talk about medication (as if there were ever any doubt that she would be anything less- she’s been encouraging this for as long as I’ve been seeing her. Not in a bad way, though, she never pressured me. Just for the record).

After I left her office, I drove straight to the dispensary- one of quite a few in my neck of the woods- and I found myself feeling a little self-conscious about walking in. It was just really weird, me being in recovery and all, to be strolling into a store filled with weed. I felt I was skulking more than strolling in, to be honest. Anyway, I felt a lot more comfortable after I was safely inside. I actually didn’t see any weed, but of course, I wasn’t looking for it. I did, however, smell it. That didn’t bother me at all- I love the smell of pot, I just hate how it makes me feel. It was set up like a fancy boutique, and the employees were all young and in uniform, with little Ipads and shit. It was like Verizon, only edgier. And you leave feeling happier instead of wondering what the fuck just happened…or at least, I did.

I explained to the girl who was assigned to me what I was looking for, and that I absolutely wanted NO THC AT ALL. I was very clear about this- perhaps alarmingly so. Anyway, she directed me to a tin of gummies, which was the only thing they had with 0 THC, so, because I didn’t want to have to go anywhere else, I just went ahead and bought them. As she rang me up, she reassured me that I would not get high from these, even if I ate them all at one time. I was very nervous.

I was so nervous that, when I got home, I only ate half of one. I wanted to make sure nothing happened. Nothing happened. So, right before bed, I ate one whole one and went to sleep. I can’t be sure that nothing happened since I was sleeping, but I’m pretty sure nothing happened then, either. One thing I can tell you for sure is that those little bastards taste incredible! I got pineapple-coconut gummies, and they were so delicious, it was hard not to just eat them by the handful. But they were very expensive, so that made it easier.

Anyway, Saturday I drove over to see my mom, which was about 3 or so hours away. When I got there, we were outside with my daughter and nephew, watching them play, and I decided to try a whole one during the day to see how it was…I didn’t have to be anywhere, and so, I ate one and my mom ate one, and I forgot all about it. About an hour later, I realized that I just felt…relaxed. I didn’t feel weird in any way, or…it’s hard to explain. There was no extra feeling of anything, it was more of an absence of negative feelings, if that makes sense. I just felt normal. I then got really excited, and ran to the bathroom door (my mom was in there getting ready) and started yelling through the door asking her how she felt. She confirmed that she felt the exact same way- just really normal, not anxious or stressed at all. Just fine.

So, I have been eating one here and there ever since. There is no noticeable added effect, like I said, it is more just the absence of negative feelings. I don’t feel as anxious (or anxious at all, really) and I don’t feel depressed, I just feel regular. Which is kind of a big deal, but…I am also a really gullible little person. A placebo would TOTALLY work on me, I’m pretty sure. So, is this real? Or am I imagining it? I’ve come to the conclusion that it really doesn’t matter, does it? If I think it’s working, then it kind of is working, whether it’s technically doing something or not. And if it doesn’t hurt anyone, and it doesn’t have any adverse effects, what’s the harm?

That being said, after spending a lovely day with my mom, nephew and daughter, spending the night, meeting up with more family for breakfast and then driving home…I realized that the minute I got home, I started feeling like shit again. My body started aching, I felt tired and unmotivated. I found myself sitting here, unable to get anything I needed to do done. I ALWAYS feel like this when I am in this house. I wondered, not for the first time, if this house is just filled to the brim with negative energy. Like, do I need to have it blessed? What the hell is going on here?

I have saged it about a hundred times, but maybe I’m not doing it right, I don’t know. It seems like the minute I pull out of my driveway I feel better, and the minute I walk in, my spirits plummet. So, it seems reasonable to deduce that this house is a vortex of evil, don’t you think? Maybe I should sprinkle all the corners with CBD. Nah…too expensive. I’ll figure something else out.

Devotionals on A COURSE IN MIRACLES, A COURSE OF LOVE, THE WAY OF MASTERY, CHOOSE ONLY LOVE, and MIRARI . . .with Celia Hales

the easiest way to discover your next favorite blog

Devotionals on A COURSE IN MIRACLES, A COURSE OF LOVE, THE WAY OF MASTERY, CHOOSE ONLY LOVE, and MIRARI . . .with Celia Hales

the easiest way to discover your next favorite blog