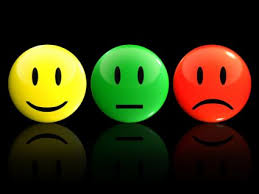 I’m going to skip the apologies for not writing- you must know by now that I am always sorry when I can’t, for whatever reason, get to the keyboard. I mean, even if it was the fact that I was kidnapped, held for ransom that my family decided not to pay, then consequently put up for sale on the black market, where they couldn’t even GIVE me away, and so I was then, unceremoniously, returned to my dilapidated home. I mean, even if it was that, which it wasn’t, I would still be thinking about writing…Funny thing about writing, though. You can think about it and think about it, and not one damn word get written down by thinking. Anyway, no sorry here. You just need, as I said before, to know that I am when I am not writing. Sometimes I just cannot do it. This has been one of those times.

Sometimes I feel I have nothing to say- when I feel this way (as I have been feeling recently), what is really going on is that I have too much to say, and I am trying to bury the feelings that are provoking the “too much”. As if, by not acknowledging whatever I am going through, it will not actually be happening. Of course, this is not only not realistic, but it is dangerous- I have gotten to a point in my life where I don’t want to talk about my problems with people, because it is always the same people, and it often feels like it is always the same problems. I am tired of going through the same old things, but I am more tired of burdening people with these same old things. So I keep stuff to myself now. But lucky, lucky you- I have had a couple of drinks and decided to vomit all over you guys. Not literally, of course, but in a WAY, literally, because, you know, I am writing this. Literally.

So I have a couple of bummer things to say, but I then plan on tempering those with a few awesome things. Bear with me, if possible. Tonight, tragically, is my very last night in my little beach shack. A little while back, I woke up to find a 60 day notice on my door (which was an extra big bummer because I had  a) just paid rent, and b) my landlords live next door to me, so close that if I spit out the window, I could hit their dog. Not that I would ever spit on a dog. Intentionally, anyway.) and I was understandably upset. I thought I must have done something terribly wrong to have been asked to leave THIS dumpy old place, and I couldn’t figure out what it was. Of course, I had several things to choose from, one of them being BECAUSE my landlords live RIGHT NEXT DOOR, and are therefore privy to all my private horrible moments (don’t act like you don’t have them, too. None of us are angels.). I freaked out for a good while, until it was a decent enough hour to call over there and speak to someone. Turns out that their dad needs a place he can afford,, and what better place than this one, owned by his own kids? And the reason they stuck it on my door was because they felt so shitty about the whole thing. Still kinda chicken-shit-ish, but in a much more acceptable way. I have known these guys for a good portion of my life, and most of theirs, and I must admit, I am pretty fond of them…and the bottom line is, whatever the reason would have wound up being, the fact of the matter is, it’s their home, and they can do whatever they want with it. So, there I was.

I felt terrible, rejected, and preemptively homeless- as if the house had also rejected me, like a bad kidney, and it wasn’t my home anymore. I have been on quite a little roller coaster of emotions these past weeks, and none have been quite as bad as tonight. Because tonight is my last night, and this is the only home my littlest child ever remembers living in. This is the place where she had her second, third, and fourth birthdays, four Christmases, all of that. This is the last home where her parents will have lived together. This is actually my first ever HOUSE. So I am sad, and down, and generally feeling poorly tonight. To make matters even more intense, my children are both gone tonight, and I am alone with the dogs. I could use a little distraction from my melancholy mood, but none is available. So, here I sit.

Now, to the good stuff. The good news is: 1) I got a much better house, in a much less desirable neighborhood. I guess those two things cancel each other out, so that is really a neutral bit of news. The house is the part I will actually be residing in, though the neighborhood is all around it…still, much better. 2.) I had my very first short story published twice this past year- once in a magazine, and once, just two days ago, in the “Best Of” book put out by the magazine! So now I am in a book. 🙂 That is very good news, I think. Here is the link to the book on Amazon, if you are interested:

And finally, I was nominated for the “most inspiring blogger” award, I think, or something like that. I don’t really know how fucking inspiring this has been, but I am not going to get to that tonight anyway. i’m not 100% that any of THIS has made sense, so I am not going to fuck that up, too. I will get to it tomorrow…assuming that I am not kidnapped again. Not that I ever actually was. 🙂

babble: verb 1. talk rapidly and continuously in a foolish, excited, or incomprehensible way.

Devotionals on A COURSE IN MIRACLES, A COURSE OF LOVE, and THE WAY OF MASTERY . . . with Celia Hales

Motivating moms to get outside with their kids and taking day trips around New England.

babble: verb 1. talk rapidly and continuously in a foolish, excited, or incomprehensible way.

Devotionals on A COURSE IN MIRACLES, A COURSE OF LOVE, and THE WAY OF MASTERY . . . with Celia Hales

Motivating moms to get outside with their kids and taking day trips around New England.

Notes From Elsewhere
ghosts in the burbs

A blog about the people who live in Wellesley, MA and the ghosts (and monsters) who haunt them.